Shopify's Walmart Integration Gets Slammed by One-Star Reviews: Here's Why

Shopify’s Walmart integration was supposed to be a turnkey solution. The duo took center stage, celebrating a new promise land called Walmart Marketplace and flaunting goals of bringing 1,200 merchants onto the marketplace.

But mere days after the announcement, some merchants are feeling disillusioned. The Walmart Marketplace app now sits on a meager 1.4-star rating in Shopify’s App store, with sellers claiming that “the app is a pain from the beginning” and that support tickets are going unanswered.

What was great in theory is falling flat in practice. Here’s what could have helped with the rollout, and how sellers can get started on Walmart with greater confidence.

Read Also: How to Sell on Walmart Marketplace

No one is above the approval process.

‍Contrary to—well, almost every article out there lauding the partnership—integration into Walmart Marketplace isn’t simply a matter of installing the app. Like every new merchant, Shopify sellers must get approved to sell on the marketplace. This process can take anywhere from 48 hours to several months, and while an official channel partner like Shopify can get you into a VIP queue, approval is not guaranteed. Approval requires previous experience (and proof) demonstrating excellent customer service and reliable shipping. Nascent businesses are not likely to be approved, and without complete information from the get-go, you could easily get stuck in a series of back-and-forths with Walmart.

This step alone took many Shopify sellers by surprise. While most Shopify apps and tools are plug-and-play, Walmart Marketplace requires extra steps and instruction to get set up. It’s a huge deviation from what Shopify merchants are used to.

‍Read: it’s still maturing. Whether you’re an applicant or an approved seller, Walmart Seller Support has been said to be difficult to get a hold of. Applicant tickets also get funneled into the same system as normal customer tickets, which require a login to view. So, if you’re still waiting for approval and haven’t received access to Seller Center yet, you may not be able to access your ticket.

Read Also: Walmart Marketplace Application: How to Get Approved the First Time

As a new, bright-eyed player in Walmart’s rugged online domain, Shopify can’t easily step in during Walmart’s absence, either. Early adopters of the integration also report that outages and technical difficulties abound, ranging from failed imports to locked-out accounts.

‍As with every marketplace, Walmart Marketplace has its own way of organizing product data. While on Shopify, you can control how your SKUs are grouped, what variations you offer and which product details are shown—Walmart has a predefined set of fields (some required, and other highly recommended like bullet points) and a specific way of categorizing products. If you’re missing certain item specs or have descriptions that are too long for Walmart, as examples, then you’ll run into issues trying to publish your listing.

‍While Seller Center isn’t expected to have all the same bells and whistles as Amazon Seller Central, many sellers comment on its lack of polish. The interface is reportedly confusing to navigate. Performing basic functions can be tedious, and some features like bulk editing still need ironing out between Seller Center and Shopify. Sellers say they regularly encounter cryptic error codes and spend hours troubleshooting, without so much as a help article to offer guidance.

Read Also: Walmart vs. Amazon: What Sellers Need to Know

‍Walmart is not a channel that you can set and forget—not if you’re looking to generate a sizable sum from it, at least. Despite Walmart’s reputation as the world’s largest retailer, it takes some time and elbow grease to get sales off the ground. You’ll likely have to prime the pump by promoting your posts or testing ads to boost click-through rates, collect reviews and build up your reputation on Walmart.com. You’ll also want to observe listing best practices (including pricing rules and Walmart’s 2-Day Shipping tags) to help with your rankings or buy box ownership.

Note that Walmart also has unique policies around returns and refunds. Walmart will issue full refunds, even if your buyer returns a wrong or damaged item. You’ll have to dispute refunds on a case-by-case basis through Walmart Seller Support, and adjust your overall expectations and strategy for the channel accordingly.

A Better Alternative to the Shopify-Walmart Integration

Shopify’s Walmart integration leaves much to be desired (and resolved). Fortunately, it’s not the only solution on the market for Shopify merchants wanting an easier, risk-free way to manage their expansion to a new channel.

Zentail’s Walmart integration is proven, tested and actively being used by some of the biggest Walmart Marketplace sellers today. Through our partnership with Walmart, which dates back to Walmart’s first days as a third-party marketplace, we’re able to get ahead of common issues and tweaks that are constantly being made to the platform.

Zentail’s AI-powered PIM tools can automatically translate your product data for Walmart and identify any holes—not to mention, during onboarding, our team will personally walk you through a cleanup of your entire catalog. Our listing tools also allow for easy multichannel management, meaning you only have to upload product data once before publishing a SKU to multiple channels (you know, that thing that the Shopify-Walmart integration was intended to do).

You can assign variants to one or multiple listings at once. For example, say you want your Shopify store to show one listing for every color of your item, but your Walmart products to conveniently show all variants (size, color, pattern, etcetera) inside one listing. You can set this up with Zentail; preserve the look and feel of your current Shopify site while customizing your product pages to Walmart to reduce bounce rates.

The full suite of Zentail tools for Walmart Marketplace includes:

While no integration can fully get around the limitations inherent to Walmart’s infancy as a marketplace, a proven solution like Zentail’s can make things a whole lot easier and help you gain the early-mover advantage.

Schedule a free consultation with us to get started, or read this success story about one Zentail user who was able to get over 31,000 products up on Walmart (and other channels) in little to no time. 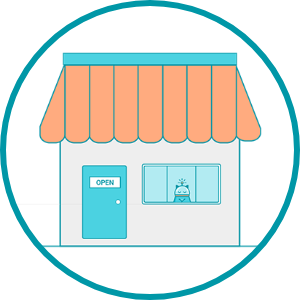 Get Started on Walmart Marketplace with Confidence

Schedule time with a Zentail expert to see how we can transform your Ecommerce business.

Amazon has transformed FBA into a white label 3PL. The What, Why, and How.

Shopify says goodbye to its native Amazon integration, leaving many sellers to wonder what happened. Here are four theories & two alternatives to consider.

The Great Ecommerce Race: Is Google Shopping Still in the Running?

Google was thought to be a force to reckon with in ecommerce, but there's still a lot to be desired. This begs the question, is Google Shopping worth your time?