How Strategies and Expected Results Vary Among the Top Sellers on Amazon, Walmart and eBay

What does it take to be successful on Amazon, Walmart and eBay? How can I benchmark my performance on each channel?

When looking at the top 10% of merchants on each channel (as defined by their GMV), it’s evident that the road to success looks very different on each channel. While Amazon sellers regularly list thousands of products to the marketplace, those on Walmart and eBay often stay within the several of hundreds. Average order sizes also vary by channel, with the highest being on Amazon and the lowest occurring on Walmart. This hints at the various approaches sellers take to pricing on each channel.

‍Disclaimer: We do not claim that the below stats are definitive. Factors like industry may heavily impact expected results. However, these baseline stats can help to shed light on key differences of each platform and the varying levels of competition on them. ‍

The hyper-competitive nature of Amazon seems to be influencing sellers to sell more products to stay profitable. The majority of sellers (88%) in our study have at least 2,600 total products in their catalog, and 55% have at least 1,600 active listings.

This aligns with previous findings, which indicate that a larger SKU count usually correlates with faster sales growth. In February 2020, for example, sellers with more than 3,000 SKUs generally saw positive upswings in sales despite the COVID-19 outbreak. On the other hand, sellers with fewer than 1,500 SKUs saw a steep drop in activity.

Even though February's numbers were heavily skewed by product categories (recall the various stages of panic buying)—the most successful sellers on Amazon tend to have a large, diverse catalog year-round. By carrying a variety of brands and product lines, sellers are able to cast a wider net and avoid relying on one category to do well all the time.

Aside from SKU count, a majority of top sellers see at least several hundreds of orders a day. A third of these sellers see more than 1,500 orders per day, suggesting that the divide between “successful” and “very successful” merchants is pretty vast.

A slew of factors, like industry, could be behind this. But no other cohort we studied saw this much variance in AOV. It’s a testament to the wide array of products and competitors saturating Amazon.‍

Walmart Marketplace is usually the second stop for sellers after Amazon. Though the marketplace still has a lot of maturing to do, it’s poised to be Amazon’s biggest competitor. Already, Walmart wields the power of a massive store network that can push products closer to consumers for faster, cheaper order fulfillment. ‍

Read Also: Walmart May Be Launching Amazon Prime's Next Rival‍

But for all the talk of competition—Walmart’s goals are slightly different than Amazon’s. As it’s building up its marketplace, Walmart is being much more selective of the third-party sellers it works with. Access to its marketplace is by invitation only, and sellers must be able to prove a good track record.

Perhaps this is why we see sellers themselves being more selective of the items they list to Walmart. The top Walmart sellers mostly list several hundreds of products. A much smaller group venture into the realm of having a thousand or more listings.

(Behind the scenes, listing to Walmart is also trickier, according to sellers. Without software like Zentail to auto-format product feeds, importing listings to Walmart can get extremely tedious.)

In terms of order size, 80% of top Walmart sellers see AOV less than $30. But 100% of top sellers have at least $19 in AOV. This translates to the lowest AOV across all the platforms we studied, but this may not come as a surprise when considering Walmart’s trademark “everyday low prices” strategy.

Given how competitive pricing needs to be, a majority of successful sellers (66%) are processing at least 100 orders a day. We expect this number to climb much higher as Walmart’s seller and customer base widen to allow for a consistent stream of orders across more online categories.‍

eBay is the longest standing competitor to Amazon, but throughout the years it has faced a bit of an identity crisis. Once an auction site, now more of a typical ecommerce site—and currently in the throes of a corporate overhaul—eBay has attracted an eclectic pool of sellers.

Even so, some major brands like KitchenAid and Acer are represented on eBay. And all the sellers we studied for this report are seeing consistent sales from eBay.

That being said, you’ll notice that our eBay benchmarks vary wildly across the board. The top-performing businesses all have large catalogs (75% have at least 5,000 total SKUs) but the amount of active listings on eBay ranges from hundreds to thousands.

More specifically, 50% of top sellers have at least 5,000 listings on eBay. Compare that to the other 50% who have closer to 500 products. Digging into the data further, it appears that sellers are in a bit of a limbo, with some testing the waters more cautiously than others.

“I was always a huge eBay fan. I started on eBay, and eBay was always my buddy,” says Ken McCombs III, whose appliance parts company makes multi millions from eBay each year. “But I’m starting to get a sour taste on eBay. I don’t like their new policies or how they handle their sellers...I don’t think they have our backs as much as they used to.”

McCombs’s feedback precedes the recent departure of eBay CEO Devin Wenig. With this change inleadership, there’s a chance that eBay’s policies will swing in a more positive direction—but its current return policy, as an example, puts sellers in a precarious position by automatically favoring buyers and letting them off scot-free. McCombs has therefore been treading the waters more carefully these days, only reserving a portion of his catalog for listing on eBay.

Going back to some of our other findings, the range for AOV is less wild, albeit maybe somewhat surprising. All of the top eBay sellers in our study see at least $24 in AOV, but only 37% see above $47.

Seventy-five percent of sellers also receive 11 to 60 orders per day. This relatively low activity suggests that eBay is saturated and/or buyers leverage the platform differently than other channels. Instead of casually browsing for products as they might on Amazon, many visitors come to eBay with a particular product in mind—and while their purchases may be high value, they occur less frequently on eBay.

Did We Cover What You Were Looking For? Have Feedbacks or Thoughts?

Reach out to us with a request or note in this form. Or feel free to email us at hello@zentail.com. We, the growth team, are committed to answering the questions you have about ecommerce by doing the grunt work for you. Send us your question, and we’ll try our best to answer it using the data at our disposal. 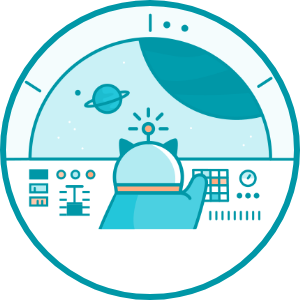 Outperform Your Competitors Wherever You Sell—without Adding to Your Workload

Use Zentail's AI-powered tools to optimize your listings, eliminate errors and deliver a positive customer experience across Amazon, Walmart Marketplace and other channels.

Schedule time with a Zentail expert to see how we can transform your Ecommerce business.

Listing quality is the unsung hero of ecommerce. Learn how a high-quality product listing is essential to your success & how it has a flywheel effect on sales.

Walmart vs. Amazon: What Sellers Need to Know (2022 Edition)

Walmart Marketplace is emerging as a popular option among Amazon sellers looking to diversify. How do the two channels compare? Can Walmart catch up?

Learn about the common characteristics and personas of shoppers purchasing on Amazon, eBay, Walmart Marketplace and Google Shopping.